For Volle Band I made an Adobe Flash project that responds to live data input. For communicating the data we used the Open Sound Control protocol (OSC). We hooked up a velocity sensor on a bicycle to an Arduino and let a Mac send the data over a WiFi network to the computer outputting the visuals to a projector. The Mac uses the data to create live audio and also send data about which part of the composition was playing along with the velocity data. The audio composition/program was made by Sjoerd Leijten, our Volle Band composer. All this would trigger certain visual scenes and push the visual elements around, rotate them, make them smaller/bigger, switch color scheme, and more. On the side I configured an iPad with TouchOSC to send extra OSC commands if something went wrong or to just play around in an improvised jamming session. But the whole setup would also run fine without extra input once the audio bicycles were moving. 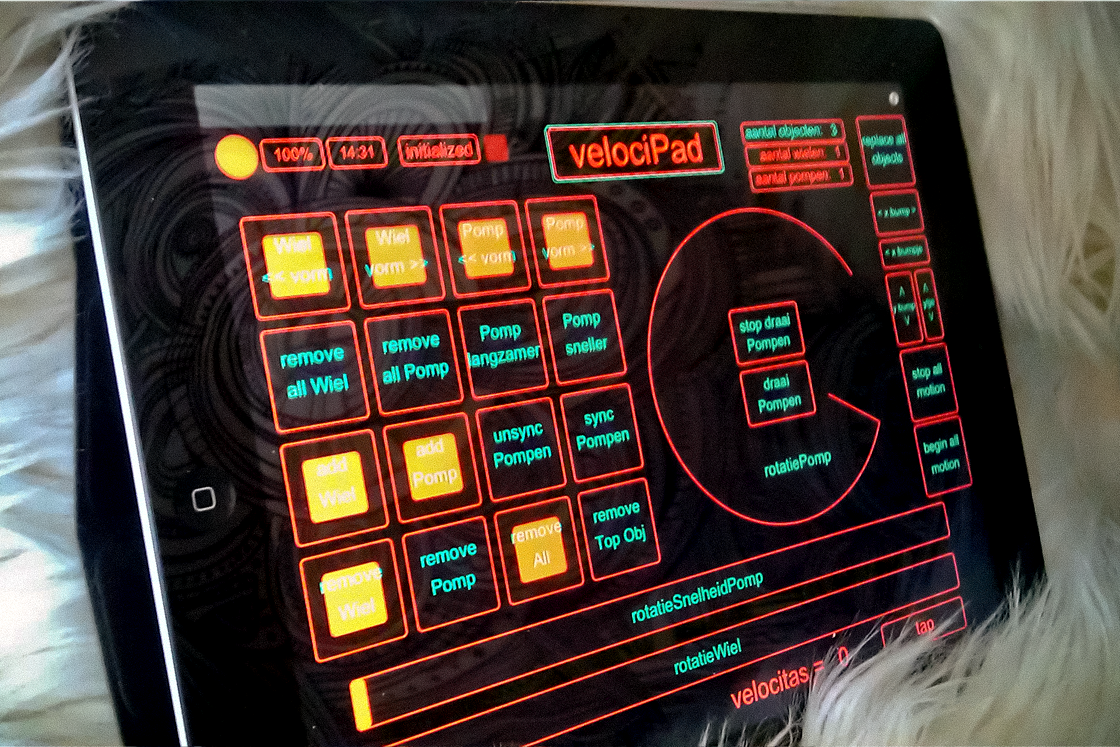 The name of the part is Le Sacre des Vélos, which can be performed with two audio bicycles (with the speedometers and Macs for audio) and two projectors on our main cargo bike. Each bike can send its own speed data to a different projector in this setup, whereby the audience can see the speed of the drivers relate to what’s going on in the image. The flash project can also be run from a smartphone running Adobe Air, hooked up to a projector. The visuals elements are parts of a bicycle, in their natural form as well as in monstrous deformed versions of themselves.

For an unrelated VJ’ing event, I reconfigured the Flash app with visual elements from the event’s poster and media output, and gave it some extra controls so that it could be controlled live with both an iPad running TouchOSC and a smartphone.